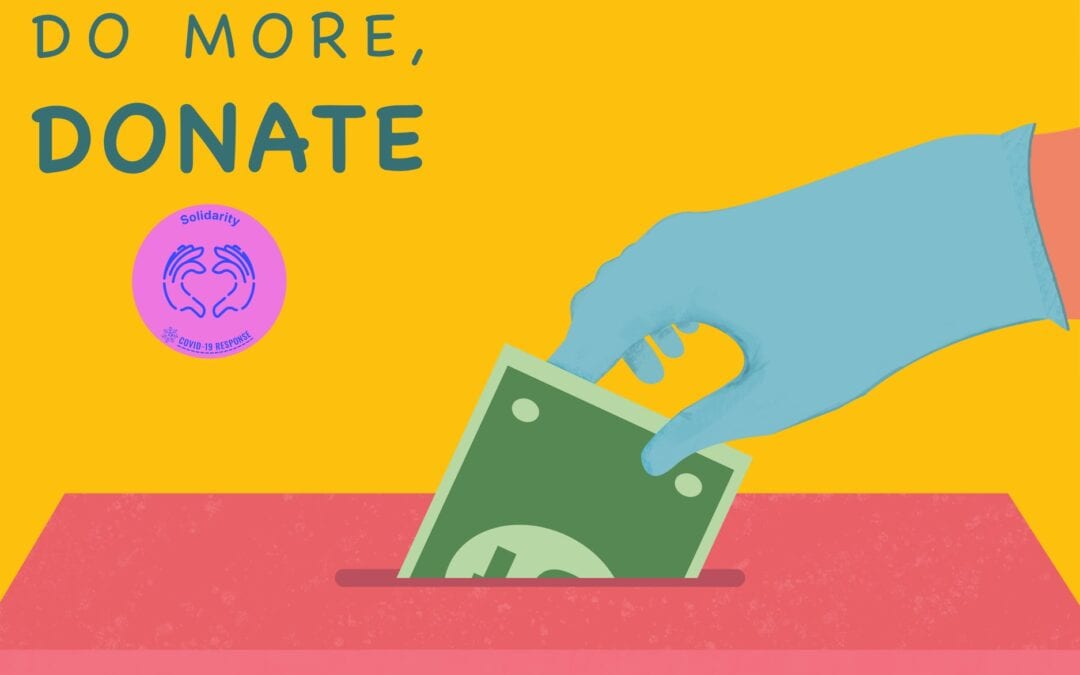 Charities use the holiday season to their advantage to attract new donors to aide their missions. Charity fundraising is a driving tool to receive millions of dollars in support. American individuals, bequests, foundations and corporations gave an estimated $449.64 billion to U.S. charities in 2019, placing it among the highest years ever for charitable giving, according to findings in Giving USA 2020: The Annual Report on Philanthropy for the Year 2019.

In 2019, giving increased for charities by 4.1%. Online giving increased by 12.1% with 45% of worldwide givers signing up for a monthly program. Additionally, the 10 most generous corporations donated 2 billion dollars annually thanks to employee matching. Matching programs is when a company gives the same amount as a collective body gives. It allows employees and regular citizens to take a more active roll when they know a company will give the same amount of money as they did.

Sadly, due to the pandemic, many charities are barely holding on. They are seeing the decrease in new donors which further exacerbates their objectives to keep many worthy causes alive. By the second quarter of 2020, charities began to see just how much COVID-19 was going to impact their charity fundraising hopes. Out of 850 fundraisers in the U.S., 57% reported an expectation of decreased donors according to The Association of Fundraising Professionals. Of those, 72% believe that giving will be lower than a normal, COVID-19 free, year.

While not all charity fundraising is of concern, for the majority of charities, they simply cannot afford to stop fundraising activities. But, here’s the issue with charity fundraising. You can’t keep doing what was done in 2019. The way donors look at charities is far different now that more than 18 million Americans are without jobs. Each unemployed American is their own charity case looking for ways to stay afloat. Charities must now find better, more innovative ways to attract new donors and different types of donors.

What Are Charity Fundraising Ideas to Consider?

When we think of raising money, the immediate thing is to get more people to donate money. While that is a smart way of thinking, it may be the wrong way of thinking during a pandemic. Knowing what people are capable of donating is much more valuable than trying to gain more donors. Charity fundraising has to be even more strategic than ever before.

Charities must go back to the basics and turn their existing donors into promoters. Apple does an excellent job with this. Each year they release a new iPhone, you have everyone who is waiting in line, sharing that they are inline for a new phone. Then you see videos and phots of the unpacking of the new iPhone. That in return causes those without a new iPhone to want one even if they just purchased one the year before. Charities who are able to turn existing donors into promoters can reap the benefits that Apple does each year, even during a pandemic.

Charities must figure out how to get their existing donors to increase donations even if it means donating less while getting more people to team up and donate the equivalent if not more of their last donation. It then becomes a group effort to either sustain last year’s donation amount or work hard to exceed the previous goal.

The thing that makes fundraising so much fun is that charities have mastered the art of storytelling and bringing people together. Yes this worked perfectly for in-person events, but charities are having a hard time translating this to virtual events.

The hardest reality to accept during a pandemic is that people are not going to simply give you money because you say you are a charity. Potential donors need a more compelling reason to pick donating to you over essential things in their lives. Donating must appear as an essential thing to potential donors. So how do charities achieve this?

Think beyond the normal construct of a charity fundraising event. We now have to give potential donors in-home experiences verses in-person experiences. As a consultant, we immediately realized that people were going to get bored really soon and also tired of cooking. That led to us introducing celebrity chef experiences for donors. Food delivered to your home so that you can cook while watching a chef guide you through the process.

Understand the Power of Collaboration

Now is the time to collaborate with another organization to help increase donations. If you are a charity that is committed to helping students read in a foreign country, what better way to keep that going than to partner with a travel agency? The travel agency that is located where your students are, can offer a daily tour where donors can pay to see the local area and also meet the students directly. Each day could have a different objective and perhaps offer various donors a chance to read one of their favorites short stories to the students.

If you have a charity dedicated to music, Statista reports there are 1,560 full-time independent musicians working in the United States. How awesome would it be to have a local or even global artist involved doing something unique for donors? Wether it’s holding a small concert, serving as a virtual game show host, or teaching a mini musical masterclass; the possibilities are endless.

Many charities focus most of their attention on one annual event. It’s the event that raises the most money which keeps them in business for the next year. Increasing from one to multiple, even smaller events, may be an idea. The more events you host and the more activity you generate, especially for social media, the more eyes and donations you can generate. With this does come an increase in the infrastructure to hold virtual events which gets expensive. It also requires charities to pay staff. This would be a great time to dig deeper into other revenue streams that offer more opportunities.

No one knows when this pandemic will ease up. Remaining stagnant without donations will results in charities closing. Whether it’s email campaigns, social media ads, governments grants, or virtual events, ensure that you have multiple approaches.

Charity fundraising ideas has to be an ongoing practice. While millions of Americans are unemployed, that still leaves millions more who have expendable income and can help. Charities must target these generous givers and figure out how they can turn them into promoters. The reason word of mouth works so well is because those who are spreading the word, often times spread to those with the same mindset and practices as them.

Now is the time to practice donor stewardship and retention in new unique ways. The way you outreach can drastically impact being able to reach your donation goals. Need help with reaching your target? Contact us here to schedule a consultation.